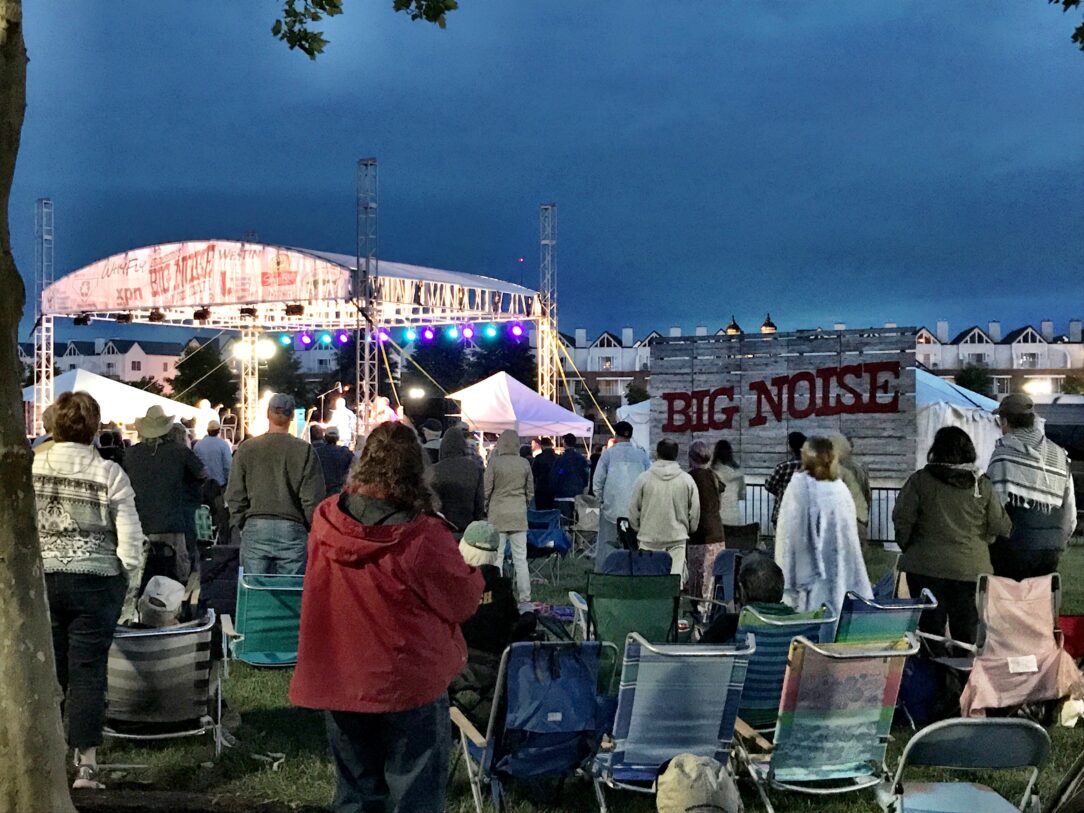 To say this project was larger than life would be the understatement of the century. It was the first time I truly felt like we’d taken on more than we could handle – in the same month we also had the Summerhouse facelift to complete, a huge silent auction we organize every year in memory of my sister, and a busy infant at home. I can’t think of any better words to describe our thoughts on it than what I wrote in a Facebook post the day after the festival, so I’m sharing that here:

“So I’m pretty sure most of our friends and family think we’ve been exaggerating about how insanely busy we’ve been for the last couple of months – at least I would if I were them. We took on way too much all at once with the auction, Summerhouse’s 40th Anniversary makeover and the Big Noise Festival, all in the span of a month, not to mention Wes’ landscaping business being in full swing and a six month old baby at home to top it off.

There have been moments over the last two months where I’ve wanted to call it quits. There have been days leading up to each deadline where I literally didn’t know how we could move any faster or work any harder or sleep any less and I would look around at our disaster of a house (usually in tears) and wonder how in the hell we were going to pull everything together.

Somehow, we managed to pull off all three larger-than-life projects. I still don’t know exactly how. I’d say part of it is thanks to the fact that both Wes and I feel physically ill at the thought of letting anyone (or each other) down. Even if it means driving to the beach just to turn around and come right back or staying up working on things until 5 in the morning and getting right back up at 7 the next day to finish, or crawling around on a full sized stage backdrop in our driveway whilst attempting to lay out letters with a baby monitor attached to me, or walking out the door to deliver stuff when the paint is still drying in the car.

But the biggest thanks goes to our family and friends who have supported us, and most importantly the people who believe in us and our ability to take their vision and run with it. Even if the end products are getting delivered at the 11th hour and they’ve just talked me out of my 47th nervous breakdown of the week.

Not to mention the people who have been EXTREMELY patient and understanding in letting us put their projects on the back burner for awhile.

Wes and I always say that while the money is always nice, the best part about all of the work we put into each Against the Grain piece is seeing them hanging in someone’s house, or covering the walls of a restaurant, or standing at a music festival.

For weeks, we have been counting down the days until yesterday because we knew we’d have all three huge projects finished and we’d be able to take a little breath before tackling all of the orders waiting in the wings.

Last night we took Amelia down to the Big Noise Festival, and it was a pretty amazing feeling to see what the two of us managed to create with our bare hands in the span of less than two weeks. I may or may not have teared up, probably mostly from sheer exhaustion but also because I was so proud of what we had accomplished together.

And then this morning I find out our stage backdrop made the front page of the paper.

And to think, this all started with Wes breaking his ankle in a snowboarding accident, going stir crazy from being laid up and driving me insane in the process, and his best friend asking him to make a whale out of pallet wood.

And a not so little leap of faith.”