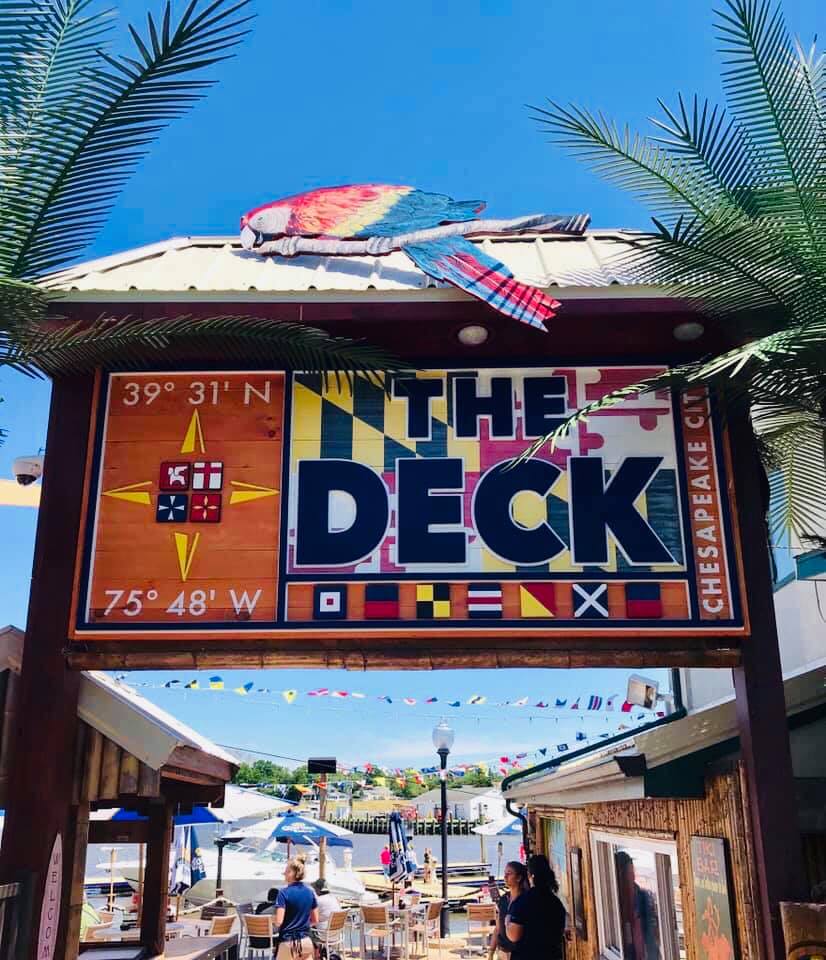 When we first met with Gianmarco Martuscelli (the man, the myth, the legend) down at Chesapeake Inn a couple of years ago, we weren’t sure what to expect. Instead of telling us what he wanted, he showed us around the entire restaurant and said “I’ve seen your work, you’ve seen the space, send me your ideas.”

When I asked him what part of the restaurant he wanted us to focus on, his response was “everywhere.”

I think we drove home half in silence because both of our brains were working at the speed of light trying to figure out how we were going to come up with enough ideas to fill the place.

Since then, he has trusted us with some HUGE projects and we’re extremely proud of how they turned out. Our first endeavor was a little facelift for the main dining room and one of their banquet rooms in October of 2017 – we replaced some picture frames, revamped the booth dividers and added some wall decor. September of 2018 was entrance wall project, and most recently (May 2019) we designed and built new deck and tiki bar signage to make everything more cohesive.

Gianmarco has proven time and time again that he has the patience of a saint. The entrance wall and deck signage projects were the first large scale exterior projects we’d ever attempted, and we learned a LOT along the way (including having to rebuild a few of the entrance wall pieces about six months later because we used the wrong wood the first time around.) We couldn’t have asked for a more understanding client, and we are extremely grateful that he not only allowed us to fix the initial issue, but trusted us enough to let us build the deck signage as well.

AND WE HAVE NEVER BEEN MORE PROUD THAN WHEN WE FINISHED THOSE SIGNS. All four were larger than life, incredibly detailed, and required multiple coats of primer, paint and sealant. It was the first time I’d ever felt like we might just need to throw in the towel, but somehow we finished. And when he sent us pictures of the installed signs I don’t think I stopped staring at them for the rest of the day.

I mean. We made them. With our own two hands.

A HUGE thank you to Gianmarco for believing in us even when we didn’t necessarily believe in ourselves.

Since this was our first large scale project that we designed ourselves, I decided to document our “creative process” so you can kind of see how we go from a mockup to finished pieces. And after looking at these pictures for the first time in awhile, methinks we need to get a workshop considering these big projects take over every room in our house. And the garage.